[About the beginning of Tim Jun's skateboarding career]

We have learned that you were a soldier before you founded HERO. So when did you come into contact with skateboarding and what made you give up your army job and choose a skateboarding career? 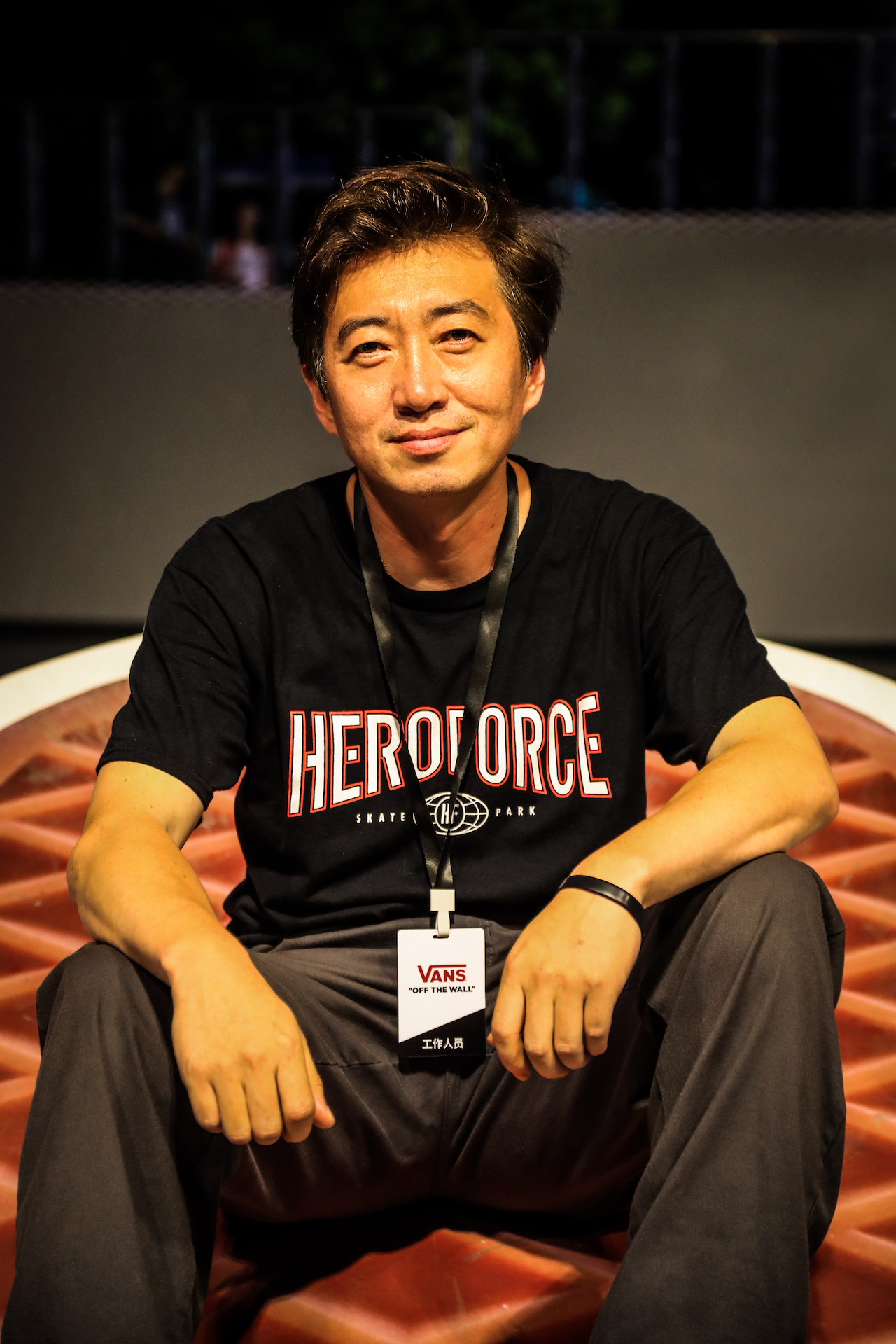 [About the HERO brand]

How did you fit in the local skateboarder circle when you first came to Guangzhou?

Tim Jun: There were few skateboarders in Guangzhou when I graduated from the military academy and came to the city for the first time in 1998. At one weekend, I ran across some skateboarders who were learning basic skateboarding skills in Tianhe District. I went up to ask for a try. They agreed but kept telling me how difficult skateboarding was and reminded me to be careful. They were all taken aback after I did some graceful flip and grind tricks. Anyway, we got to know each other. Every weekend after that, I would invite them for a skateboarding session after work. They later all became veteran skateboarders in Guangzhou.

What was your family's attitude towards your decision to resign from your original job and open your HERO shop?

Tim Jun: There was no skateboard shop in Guangzhou before I opened HERO in 2006 when I was still working for the army. It occurred to me that as a big fan of skateboarding, I felt duty-bound to set up an exchange platform or base for local skateboarders and let more people know about skateboarding. HERO attracted a lot of skateboarders after it opened for business. Every day after work, I drove a motorcycle for one and a half hours to the shop, worked there into the evening, and then returned to my dormitory in the army to update our skateboarding website. For about two years, I went to bed at 3:00 or 4:00 a.m., got up early at 6:00 a.m., and went to work at 8:00 a.m. every day. It really burned me out. I decided to quit my job so that I could focus on my skateboard shop. It was only natural that my family opposed my decision because no one at the time would consider it a sensible idea to give up my stable job in the army for sale of skateboards. However, since I officially left the army in 2008, my skateboard shop developed rapidly, and the skateboarding sport also gained increasing popularity and now it has become an Olympic event. My family is now very supportive of my effort. Anyway, it is everybody's dream to pursue a career they are interested in.

Why did you name your shop HERO? What was the biggest challenge you have ever encountered? How did you address it?

Tim Jun: I was inspired by the Hero Square nearby, which was built opposite the Martyrs Cemetery in 2000 shortly after I came to Guangzhou. Every day, skateboarders came to the square to practice because of its smooth ground, steps, ramps, and its downtown location near a subway station. At first, the business was a little slack since skateboarding was a niche sport. Most of the customers were actually my friends. So I kept holding small skateboarding gatherings and competitions at the Hero Square and promoted my shop by constantly updating videos on our media platform, HERO SKATE. That was when my shop business turned for the better.

Could you please share with us two or three things that have impressed you the most during HERO's development?

Tim Jun: During the Guangzhou Asian Games in 2010, the provincial stadium next to the Hero Square was used as one of the venues for the Asian Games. All the shops nearby, including the Hero Square itself, were enclosed for six months. Many of our regular customers thought that we had gone out of business. I was deeply impressed when they came back after we renovated and reopened the shop after the Asian Games ended. After that, we served as an agency for many first-line brands and sponsored several influential skateboarders. Every year, we embark on a skateboarding tour to a foreign country to promote the skateboarding culture there. Every year, we hold the most influential skateboarding event—World Skateboarding Day—in Guangzhou. HERO has never ceased to grow.

How about HERO's resources and strength now?

Tim Jun: HERO is currently one of the largest agencies of skateboard brands in China and it has been authorized to sell skateboards under more than 20 well-known brands. HERO also has a good partnership with the Guangdong Roller Skating Association. We provide training venues, coaches, and skateboarders for the Guangdong skateboarding team. HERO has a professional media team and platform as well as professional skateboarders who hold a place in domestic and even international competitions. In 2018, HERO set up China's first rooftop skatepark and partnered with local sports enterprises to launch the VBOY skateboarding school, which is now among the best in China in terms of skateboarding teaching.

Have you achieved what you desired for HERO? What are you doing to further develop HERO?

Tim Jun: As a matter of fact, we have never had a specific goal for HERO's development since it was founded. We just did our best to promote skateboarding in China. After more than ten years of development, we have extended our business to many areas, including product development and sales, brand promotion, media platform construction, skateboarding brokerage, and skateboarding teaching, although we have never intended to set foot in some of the areas. We need to constantly improve in every aspect and develop HERO according to the most professional standards of the industry. I think it shows our respect for the industry in the most responsible way.

[About skateboarding in Guangzhou]

How did skateboarding gain its popularity in Guangzhou?

Tim Jun: This was the case for all cities in China. The situation in Guangzhou was relatively better because it is close to Hong Kong. Skateboarding culture was spread to Guangzhou as early as the late 1990s, while in the north, it was spread to Beijing and Shanghai from Qinhuangdao. In other cities, skateboarding has developed later and far more slowly. However, since the IOC announced in 2016 that skateboarding will be a formal Olympic event, skateboarding has become the most popular sport for the young people.

What advantages does Guangzhou have for the skateboarding development?

Skateboarders in Guangzhou are blessed with advantaged hardware facilities and natural conditions. Summer in Guangzhou is long, which means that skateboarders have longer time for training. Moreover, Guangzhou has the world's largest professional skatepark in its University Town. However, the skatepark has not been fully used as it is far from the urban area, open for only a few hours on weekends, and basically out of repair. With other cities' ongoing efforts to build skateparks in recent years, the skatepark in Guangzhou University Town is losing its advantages.

Are there any excellent skateboarders in Guangzhou? Where do they usually skateboard?

Guangzhou has many excellent young skateboarders, including Pan Jiajie, Hui Zixuan, Guo Jiahui, Wang Yijian, Tan Yongchang, and Chen Shunyue. Among them, Pan Jiajie is a big name and appeared frequently in major domestic and international competitions recently. He is only 18 years old and has unlimited potential. These skateboarders usually skateboard at Hero Square. Sometimes, they go to the rooftop skatepark at Baixin Square or explore some new terrains nearby.

Based on the Guangzhou experience, what advantages and disadvantages for the national skateboarding development? 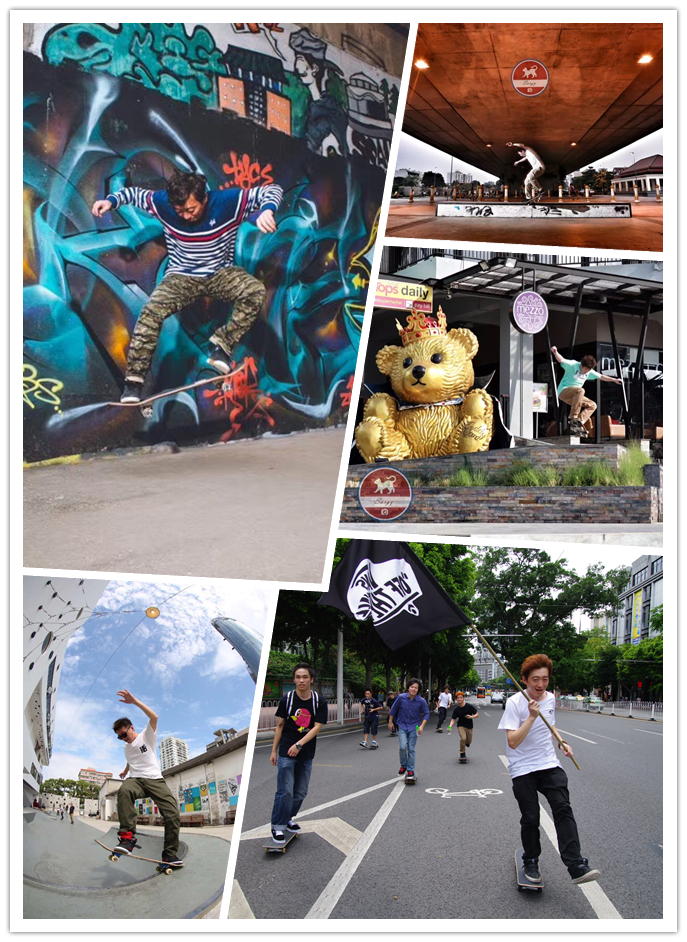 [About the skateboarding development]

Since skateboarding has become an Olympic event, China must enhance the training of skateboarders to drive the national skateboarding development in all aspects.

[About skateboarding culture and charm]

Skateboarding fascinates millions of young people worldwide because it represents creativity, innovation, freedom, and persistence. Everyone can invent their own unique movements. They have the freedom to do their favorite moves and showcase their own styles. For skateboarders, every fall is the preparation for the next success. They must constantly challenge the limits and push the envelope. Only when you step on a skateboard can you really understand what I have said. 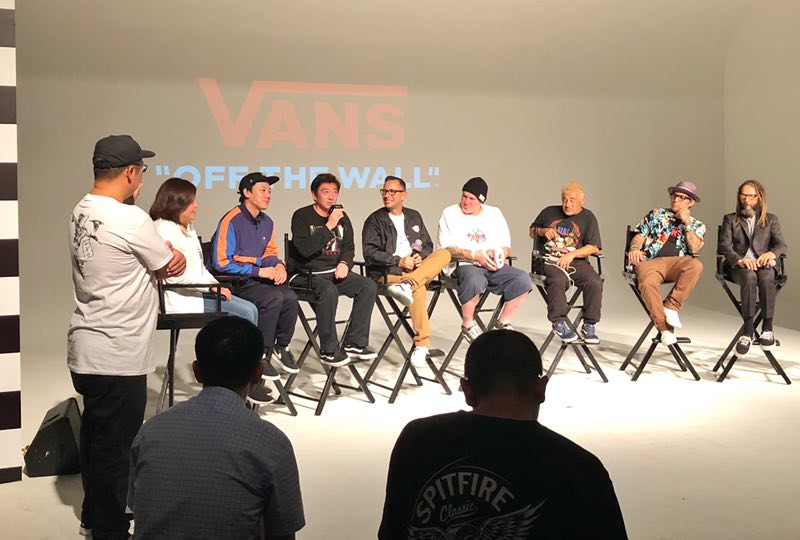 What is your message to your brand HERO and to Chinese skateboarders and skateboarding fans?