The final stop of the FWS in Skateboard Street  was presented by Vogue ME. Riders came from all over the world to compete on a beautiful sunny day.This year's park kept everyone on their toes with a succession of rails, ledges, gaps, banks and quarterpipes. This year's new obstacles included a huge new rail to bank, a fat flatbar, and a tiled bank reminiscent of San Francisco's famous China banks. Ivan Monteiro came out on top with a flawless 1st run including some very technical tricks like a beautiful gap to backside noseblunt, a Tre-flip to fs lipslide on the A-frame rail, and a halfcab backside noseslide 270 out on the low to high. This earned him a very respectable score of 87.25. He had declared that he had come to win and so he did. It’s the only stop of the tour that he participated in so his win didn’t affect the overall ranking. Ike Keyaki displayed his incredible skill on a skateboard with a flawless 2nd run that included a nollie bigspin lip to fakie, an amazingly clean switch fs feeble down the rail, and a rare bs noseblunt on the A-frame rail. He skates casually and with a lot of style while he stomps very technical tricks. He ends in 2nd place with a score of 85.25, effectively making him the winner of the overall ranking meaning he will be invited to every stop of next year’s FWS. Finally, it’s street technician Richard Tury who takes 3rd place with a score of 83.00, as he stomped down a perfect run with no bails. He managed to land his signature heel flip bs boardslide, a kickflip noseslide, a heelflip fs lipslide and an unexpected varial heel bs boardslide down the rail. 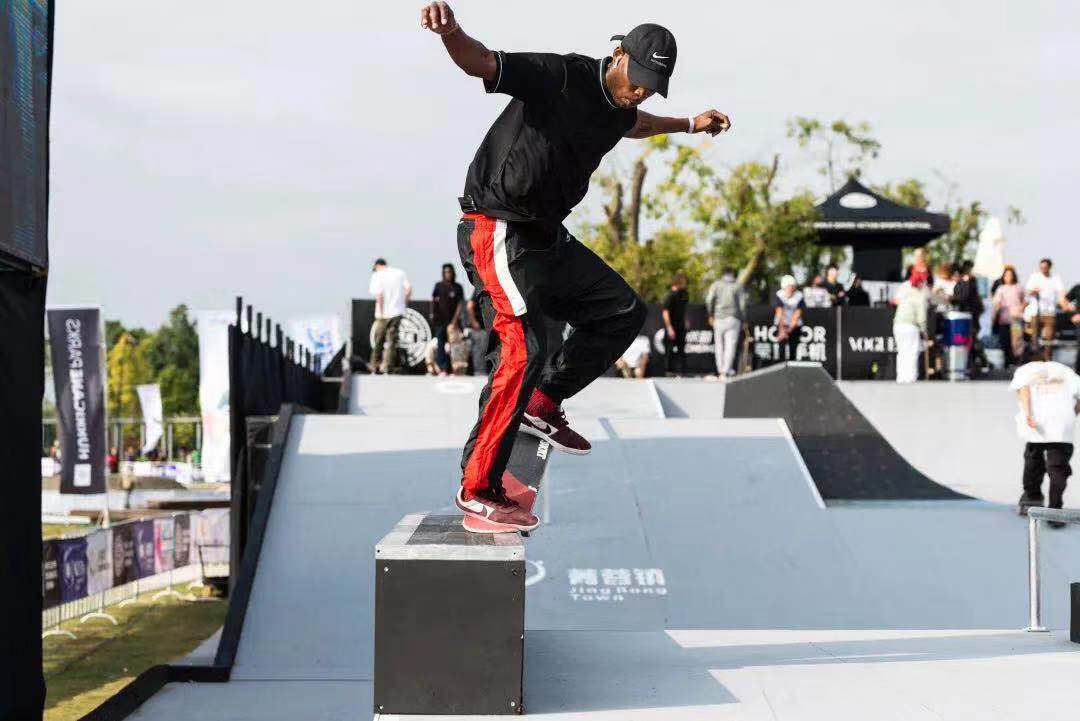 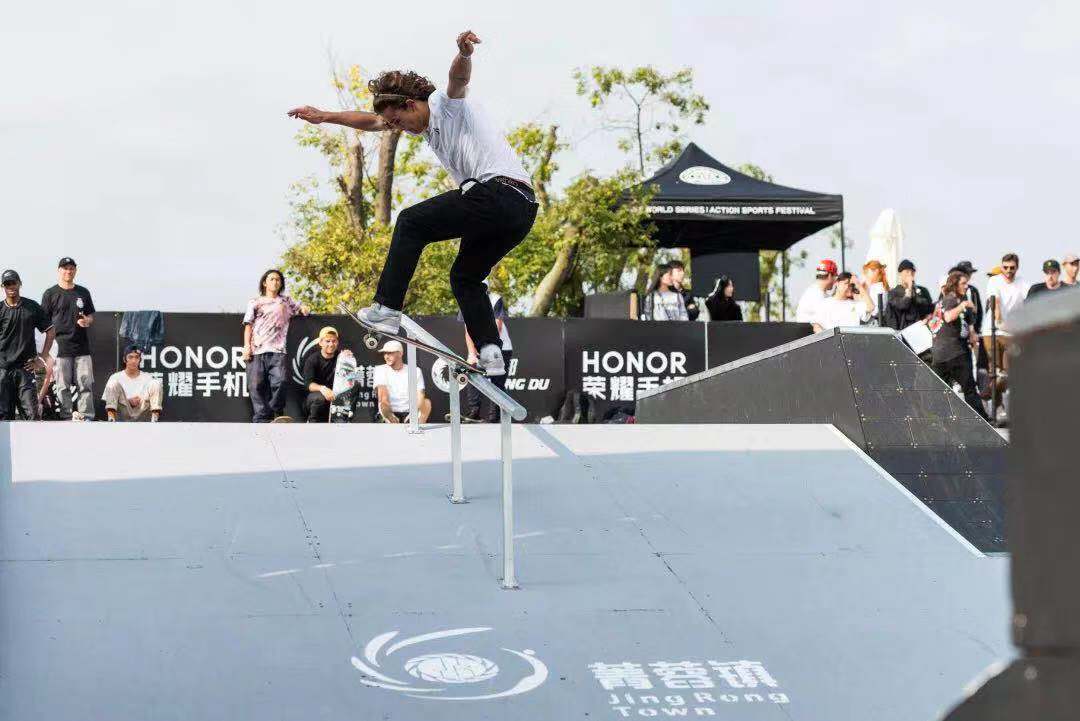